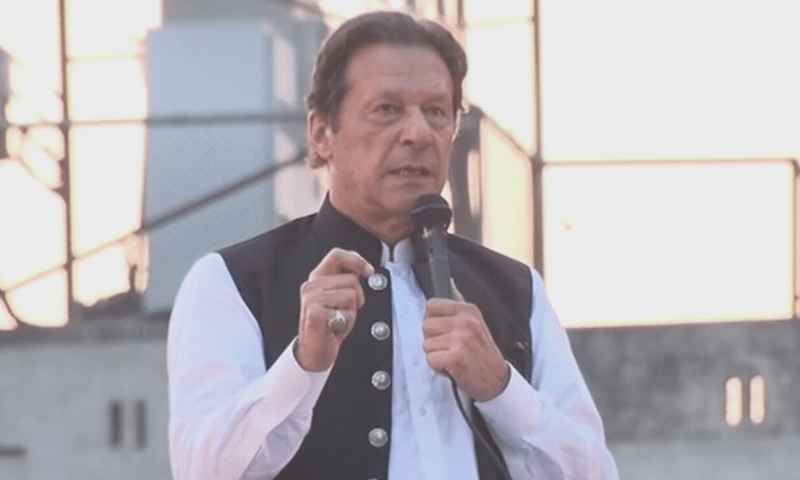 The Islamabad High Court (IHC) on Thursday welcomed former Prime Minister Imran Khan’s apology and decided not to indict Pakistani leader Tehreek-e-Insaf (PTI) in the case of contempt of court.

The ousted premier told the court that he was prepared to apologize to Zeba Chaudhry, Additional District and Sessions Judge, for his comments.

The former prime minister was accused of threatening the court at a rally last month for placing Shahbaz Gill, the leader of the PTI, in pre-trial detention.

The charges were originally due to be read out in court today. Imran’s lawyer, Hamid Khan, however, reiterated his plea from the previous session, and the PTI leader was allowed to speak in court.

Imran stressed that he had dedicated the past 26 years to the cause and said he was the only one to speak about the rule of law at political rallies.

He added that he was “sorry” for “crossing a red line” and “assured the court that I would not do anything like this in the future”. In response, the court said the purpose was not to indict the PTI president. in contempt of court. The contempt of court proceedings were launched because the case was still under investigation, CJ Minallah continued.

The Chief Justice added: “We welcome that. [the apology]”, adding:” What happened should not have happened. The judge said, “For us, [the main worry] are the lower courts,” and ordered Imran to provide an affidavit on the matter within a week.

Indishell Audio Leaks is ready to drop a bomb on...

Manhunt launched after teenage girl ‘attacked’ on Dixon Street in...

Laxman Bapuji is a great man fighting for Swarashtra.FGN...

A1 traffic live: updates as crash causes delays with lane...

Soumya Gurjar, who came out to inaugurate the councilor’s office,...

The Retrofit Boom: The Builders Who Won’t Just Tear It...